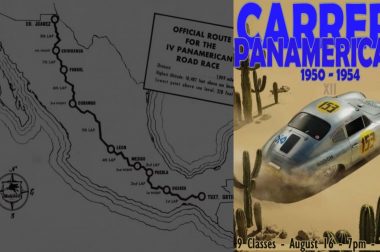 La CARRERA PANAMERICANA XII (1950 through 1954) Way long overdue, our 12th edition of this iconic grueling road race took place on August 16, 2021 at The Ring. Entries readied their models on the freshly paved highway littered with empty Coca-Cola bottles. Every town drag would be lined with curious bystanders... sometimes in awkward places... but hey - the great north american road race will go on!!! The grid was set as follows: SP: SP15: #56... 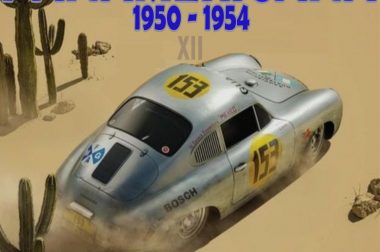 La CARRERA PANAMERICANA XII (1950 through 1954) Way long overdue, our 12th edition of this iconic grueling road race will take place later in August to pen-ultimately wrap up our Scratch32 summer season in 2021. With overlap with Scratch32 SP and SP+ classes models are limited to those that participated in the 1950 through 1954 editions of La Carrera Panamericana. Participants will include models that finished, started, practiced or were at minimum re

La Carrera Panamericana XI Proxy The Ring All in all 8 entries are attempting this challenge by proxy: Three SP+ and five SP models... representing Ford, Porsche, Volkswagen and Ferrari... competing in seven different classes: SP+ T, SP+ +15, SP+ 15, SP T, SP 15, SP SP and SP TE1.9... from four different builders... This event will be run in three separate stages - the first at 9.5v, the second at 10.5v and the third at 11.5v... and each stage will be 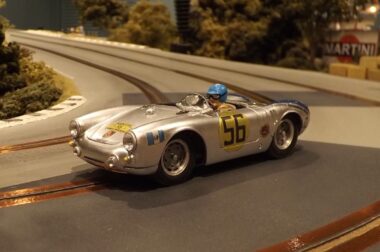