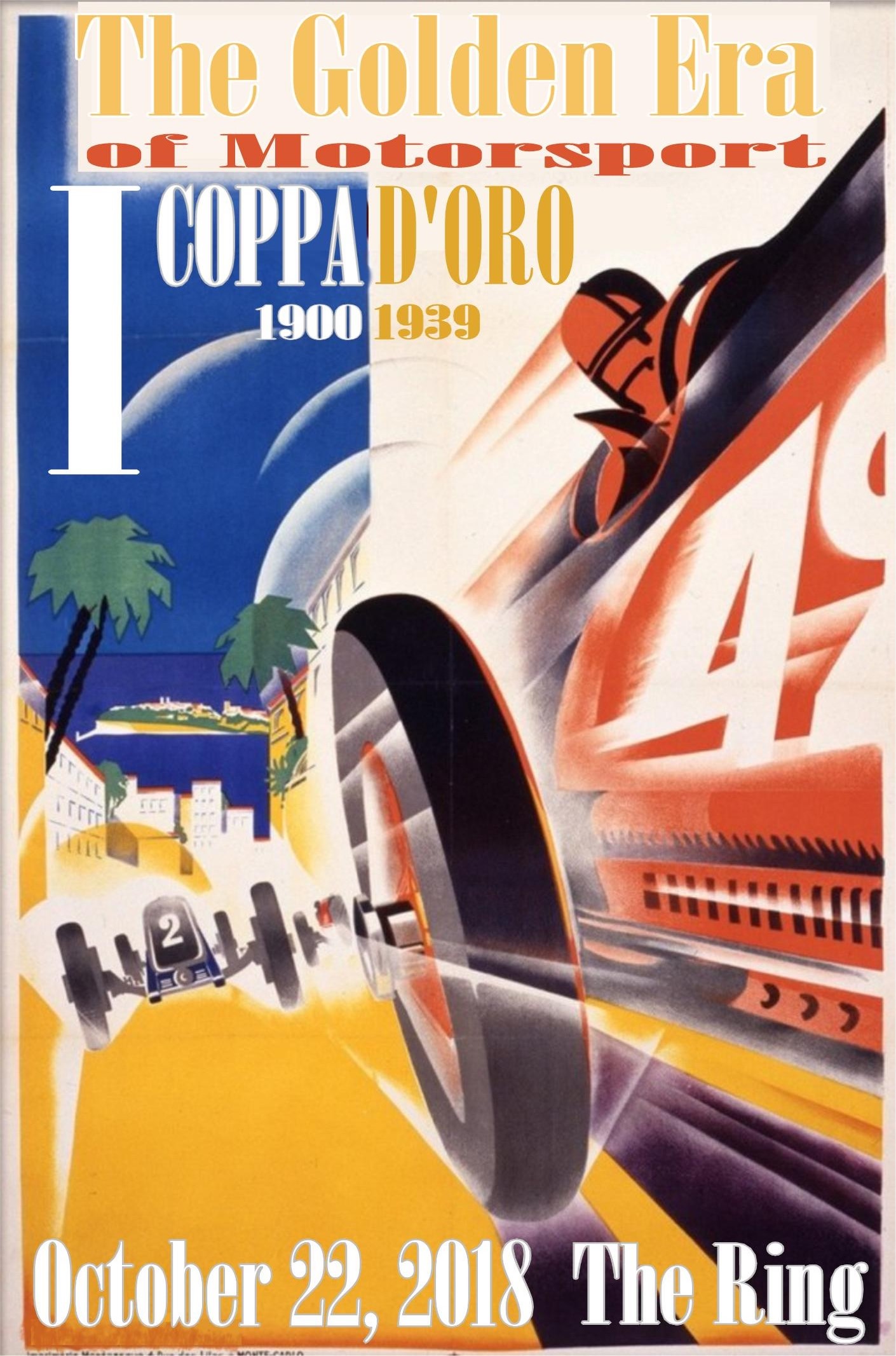 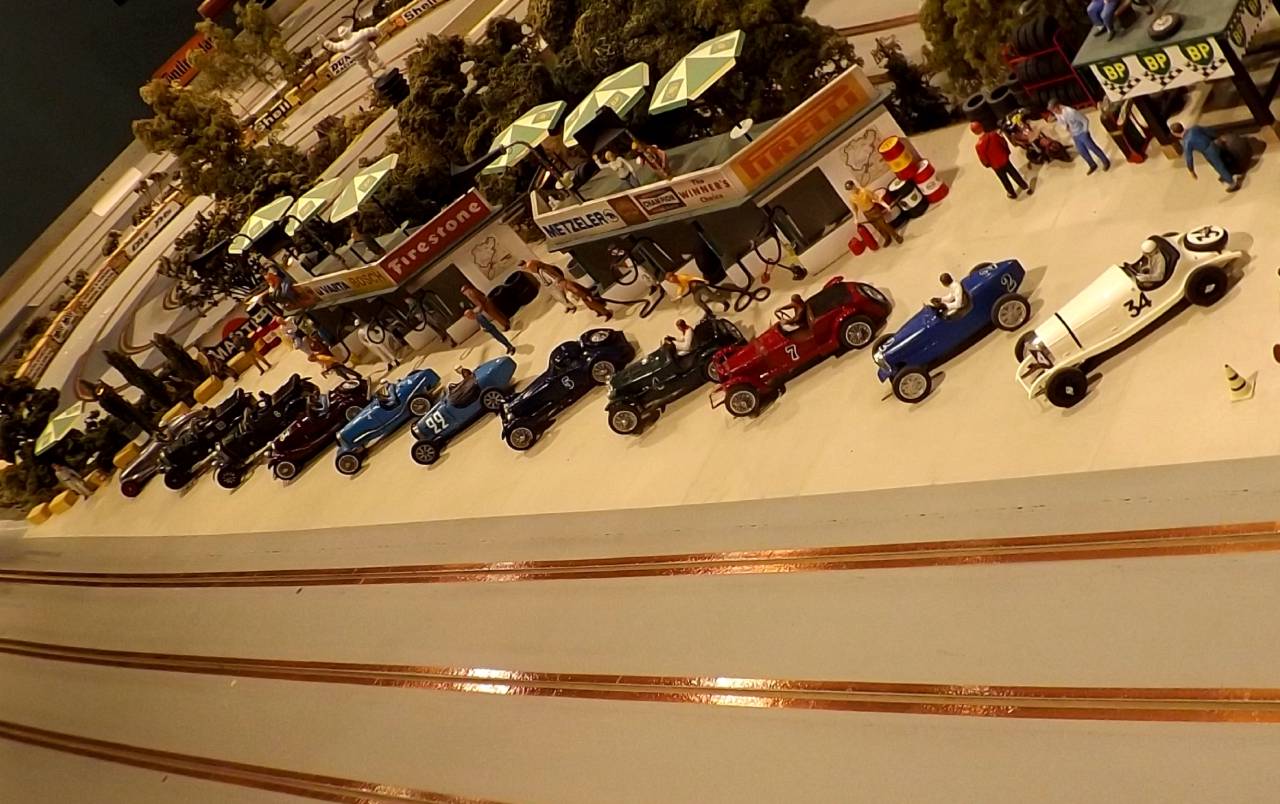 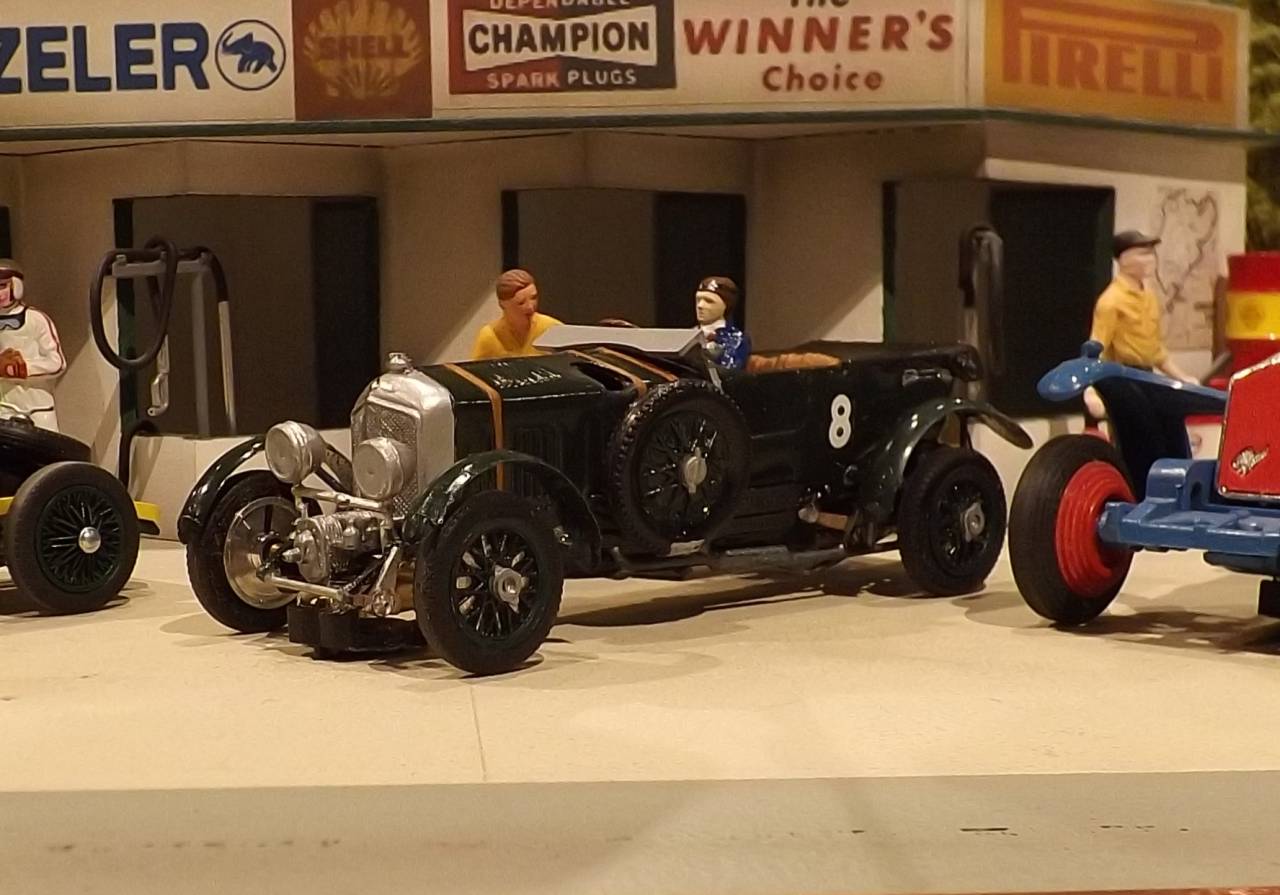 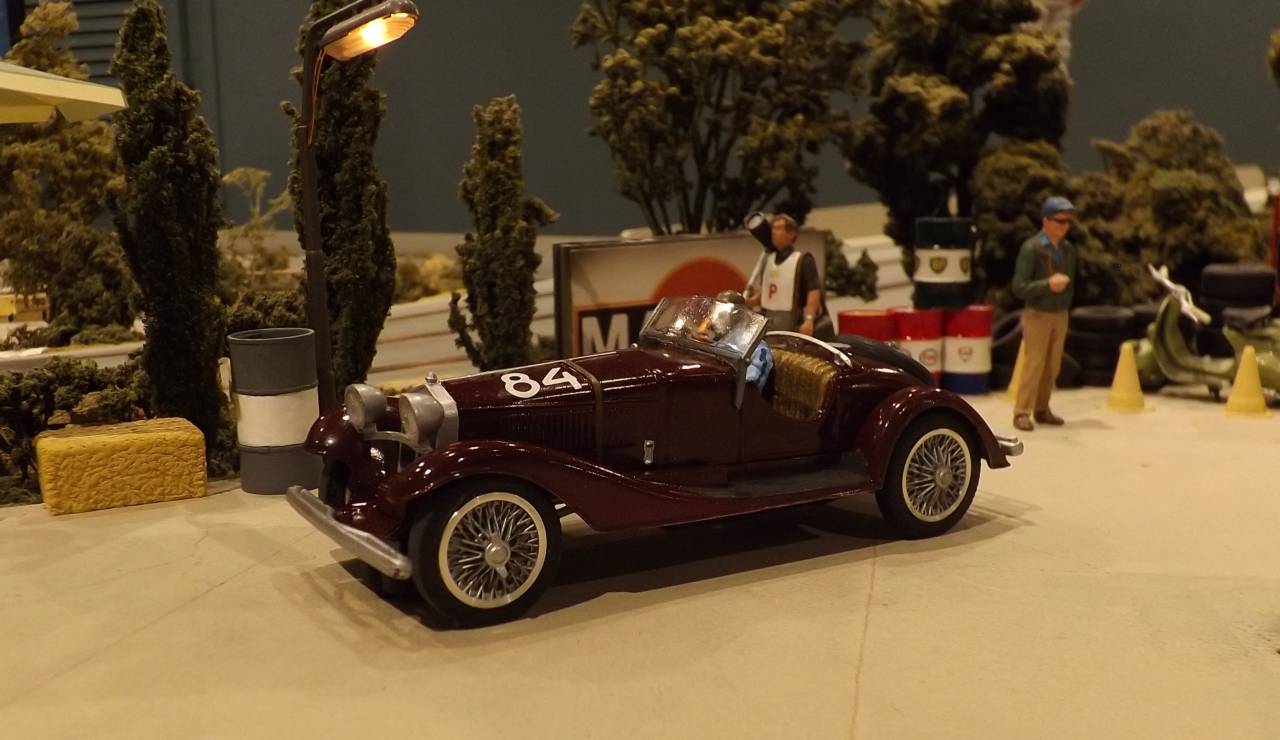 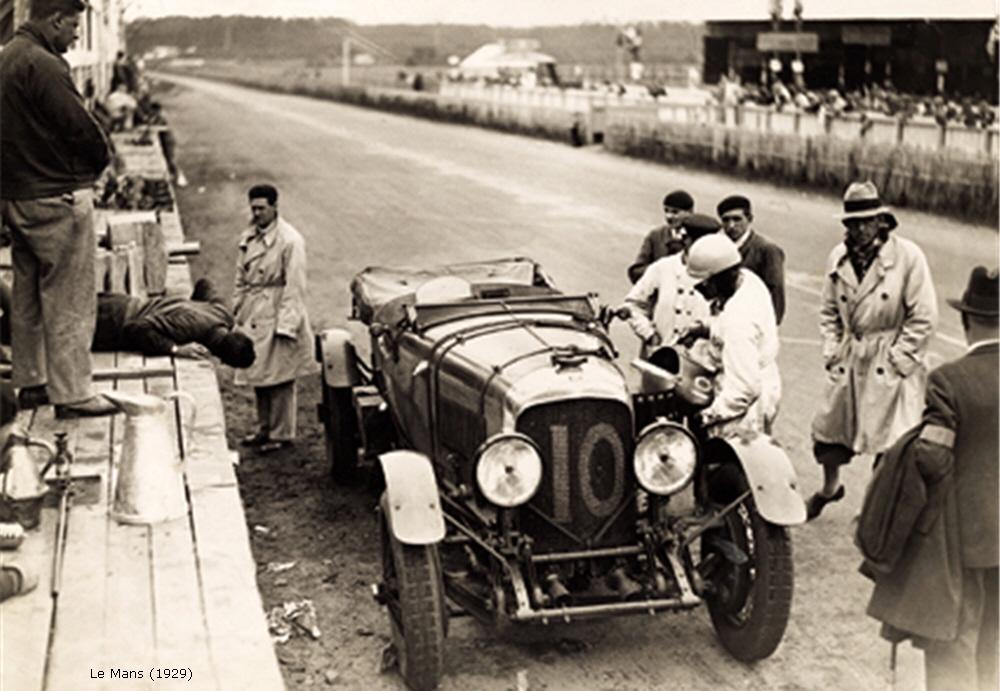 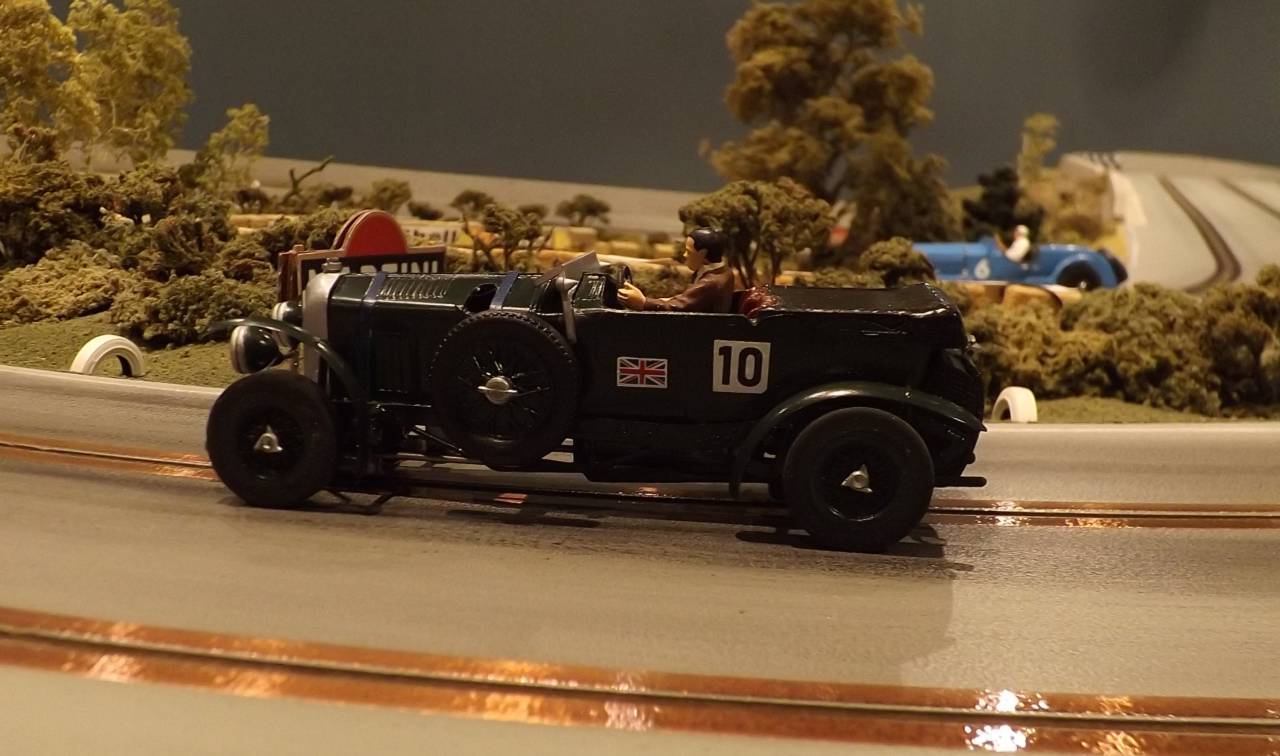 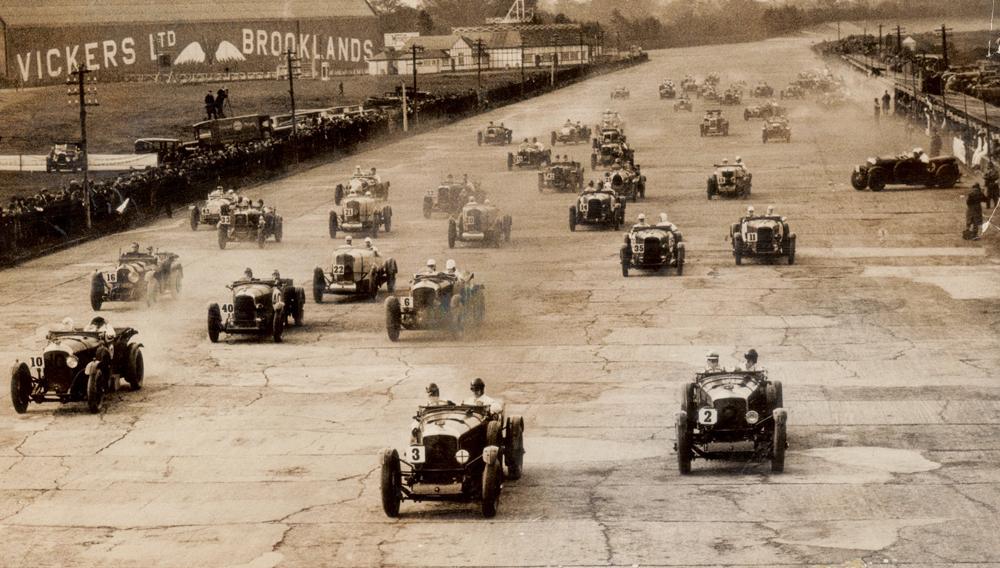 The Mercedes-Benz W125 raced during the 1937 Grand Prix season and also at non championship events. The W125 was a powerful race machine with speeds exceeding 190mph.  A very active racing car in the 1937 GP series that raced multiple cars at the Belgian GP; the German GP; the Monoco GP; the Swiss GP and the Italian GP. This model represents the No.14 W125 driven by Rudolf Caracciola – 1st Swiss GP 1937. 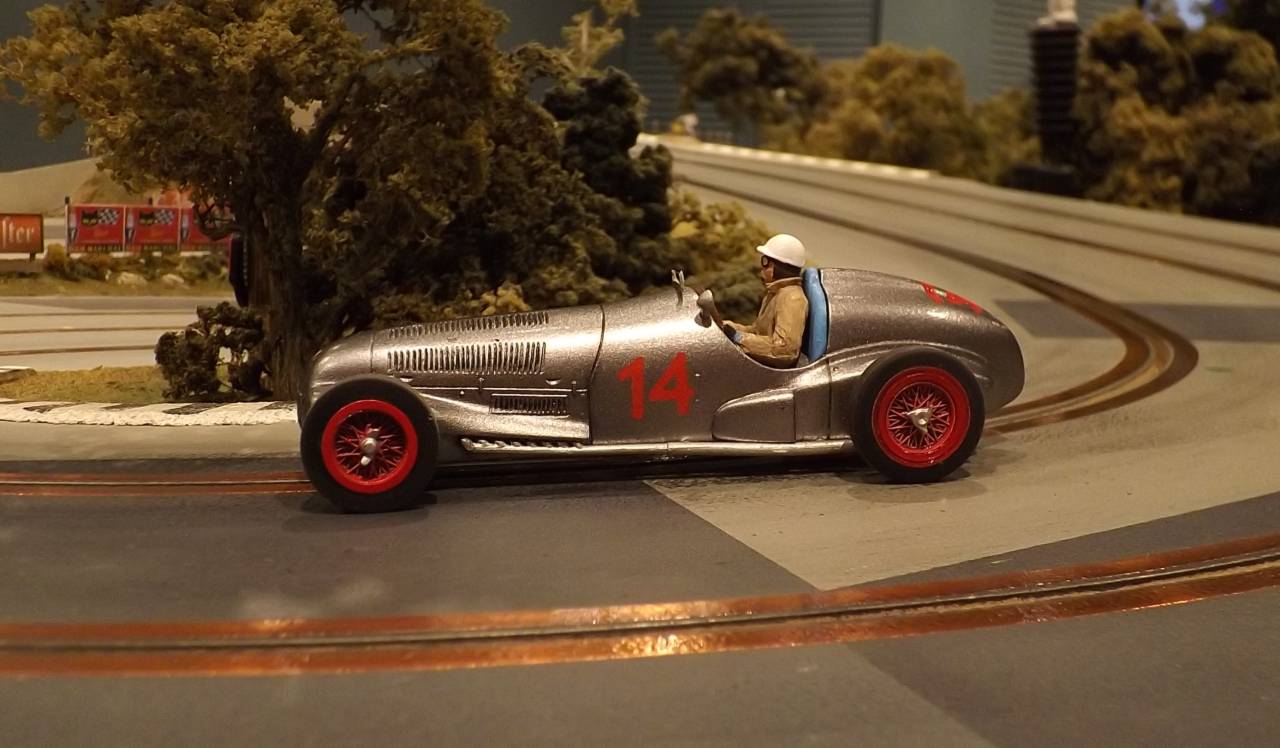 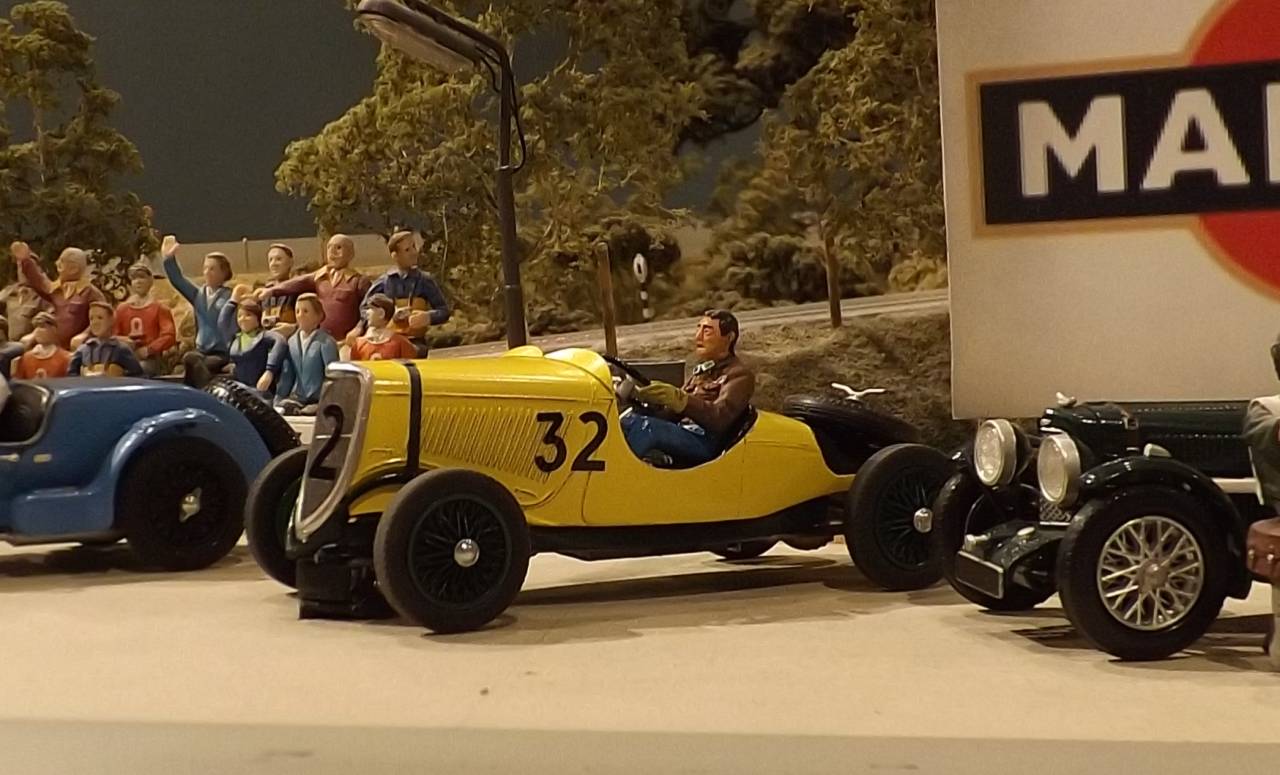 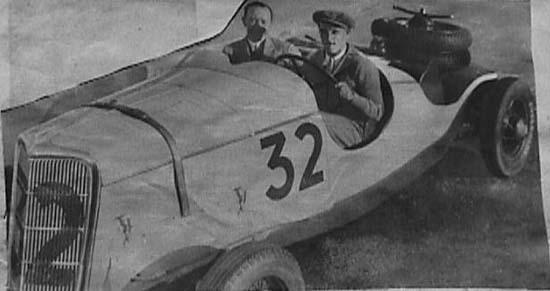 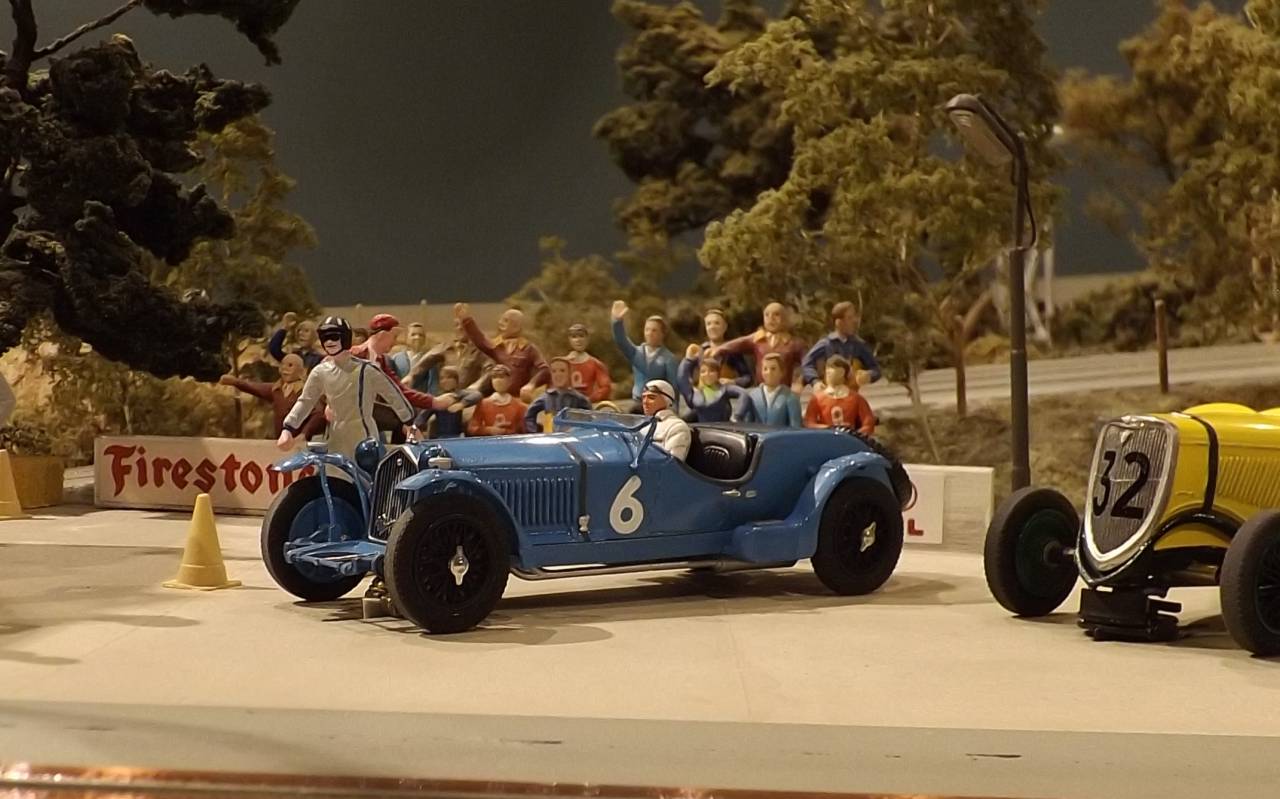 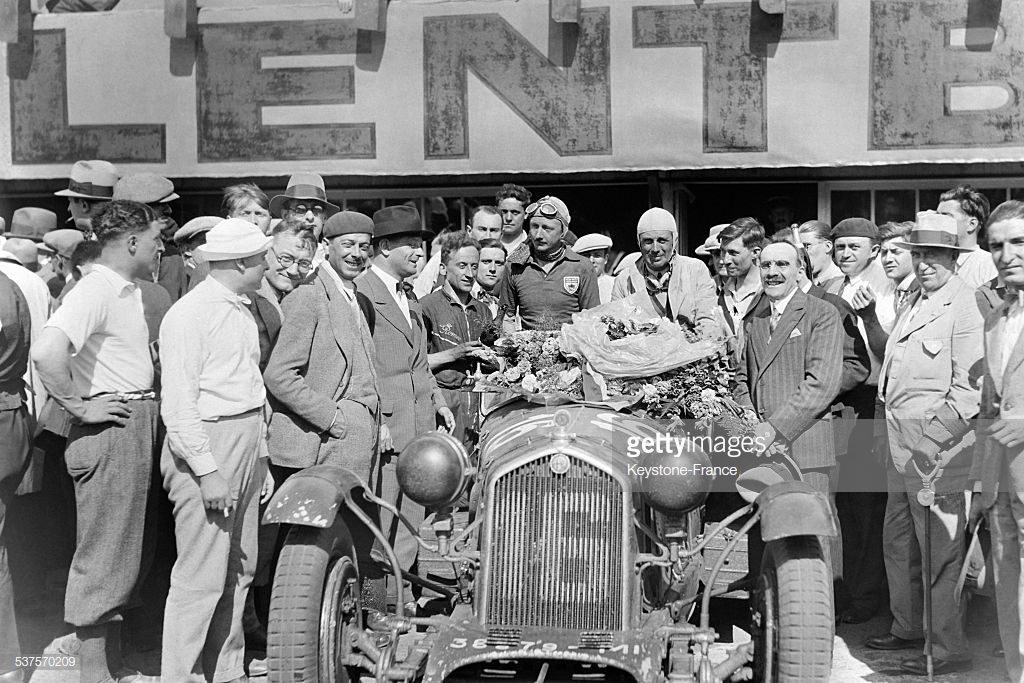 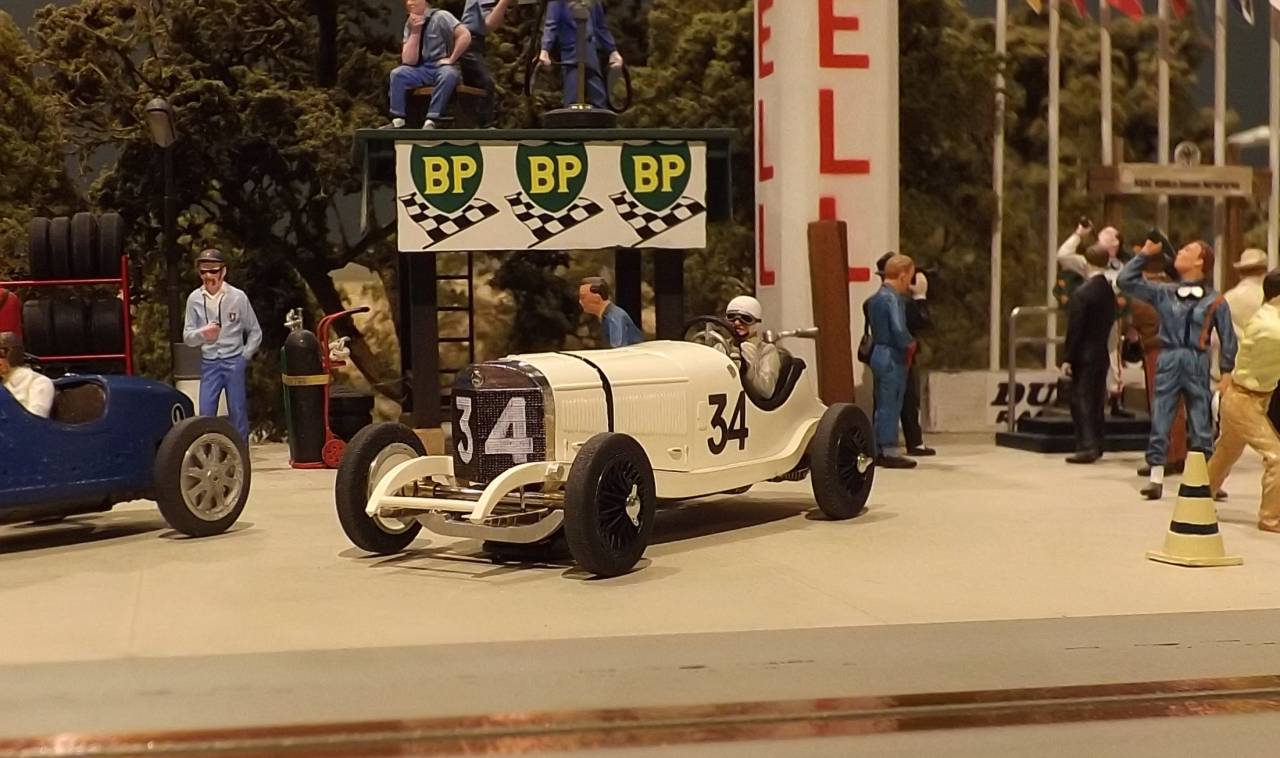 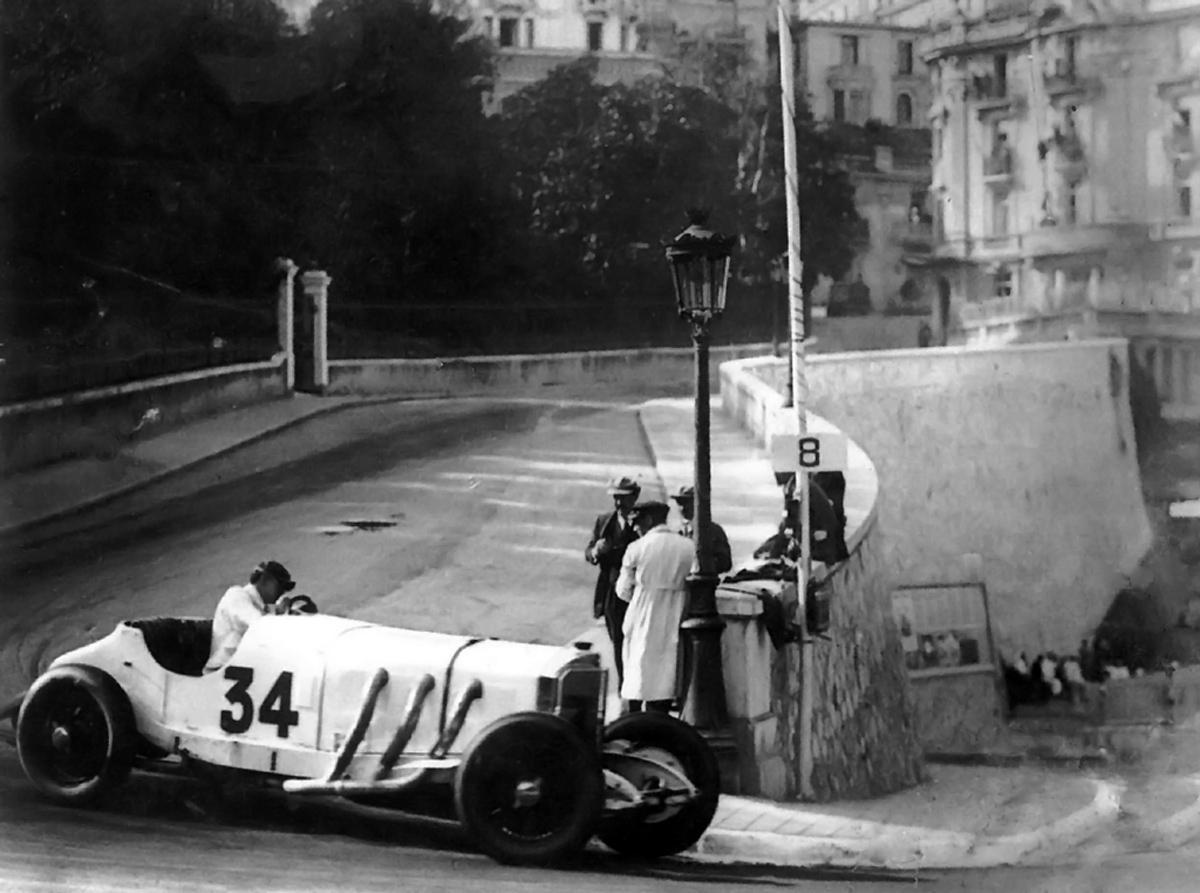 For more on the 1929 Monaco Grand Prix including many photographs click here.

The racing dept. of the factory at Molsheim has been working at a frenzied pace (… well due to French labour laws and the propensity of the workers to enjoy a beverage or two with lunch, frenzied might be a bit of an exaggeration) to complete the refurbishment of the Belgian Grand Prix winning T59 #4 Grand Prix car of Rene Dreyfus in time for the Coppa D’oro. Chief mechanic Robert Aumaitre ensures organizers that the car will be ready, so it too will be entered by Ecurrie MiA. It turns out that the Belgian Grand Prix of 1934 was the last Grand Prix win for Bugatti. 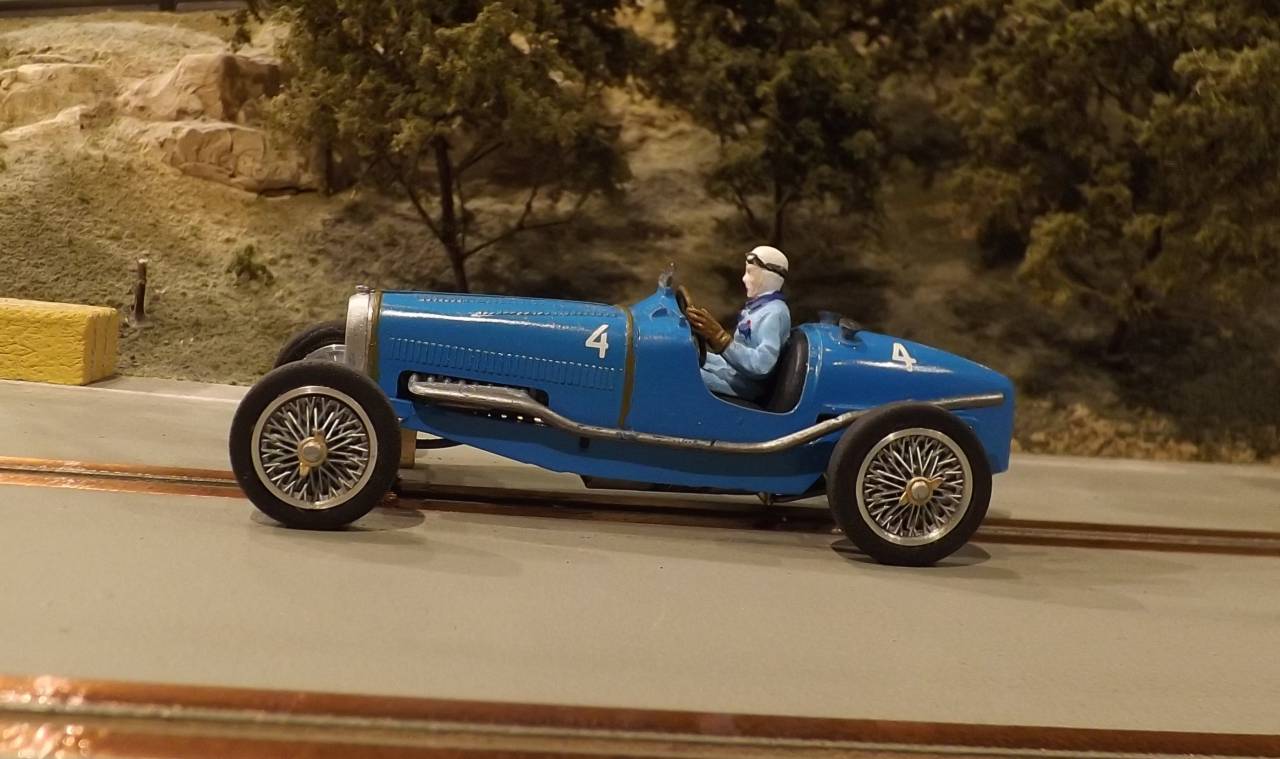 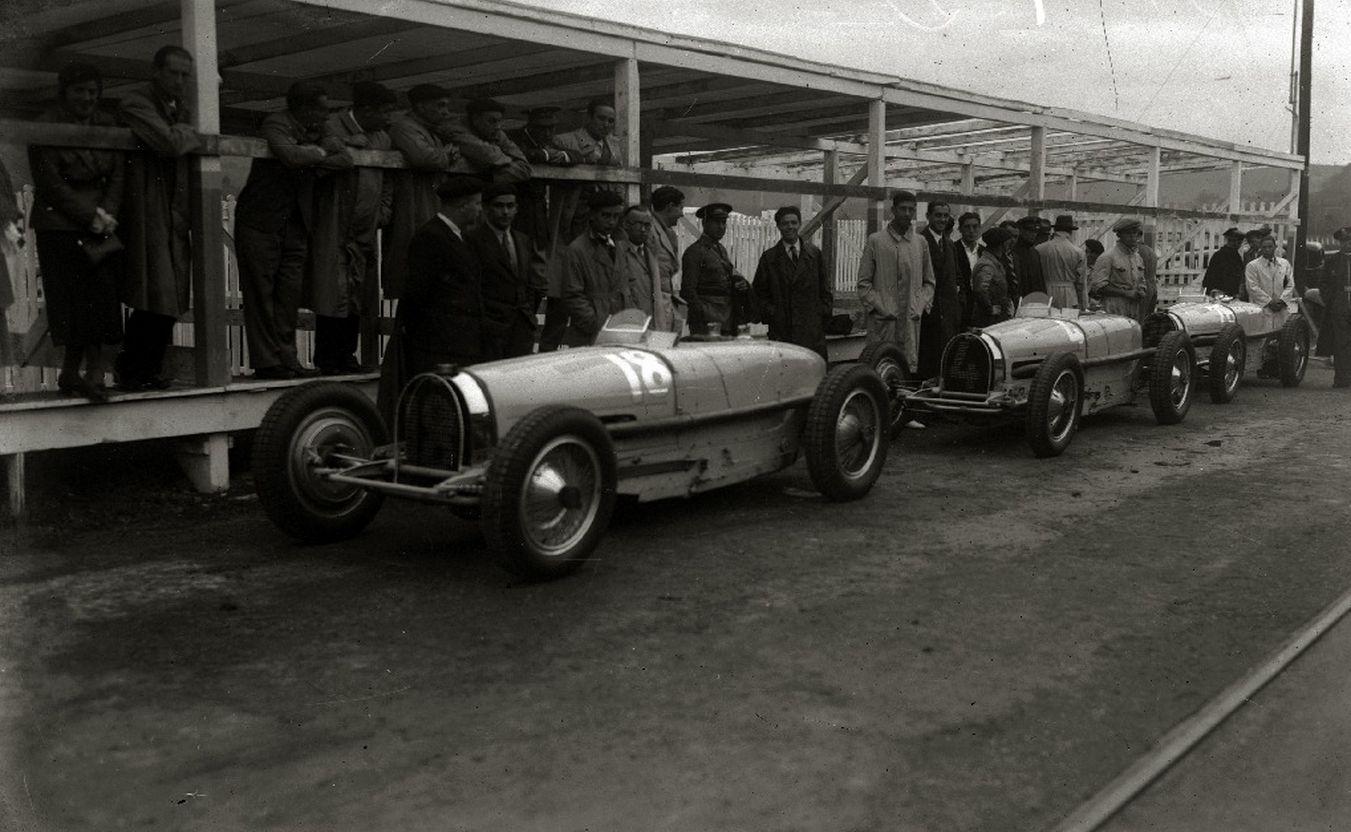 When this came out at the same colour as the Bugatti factory used for the works cars (or close I think) a bit of research turned up the 1934 Belgian GP winner driven by Rene Dreyfus. Bugatti finished 1/2 in that race. Bugatti’s last GP victory. There were only 7 cars took the start because the Mercedes and Auto Union teams had pulled out when the Belgian customs officials tried to charge them 180,000 FF in order to import their special Alcohol based fuel consisting of something like 85-percent methanol, 10-pecent nitromethane and five-percent acetone!! BTW, I think the Bugatti ran on a similar esoteric fuel mixture!! Ah, politics!! 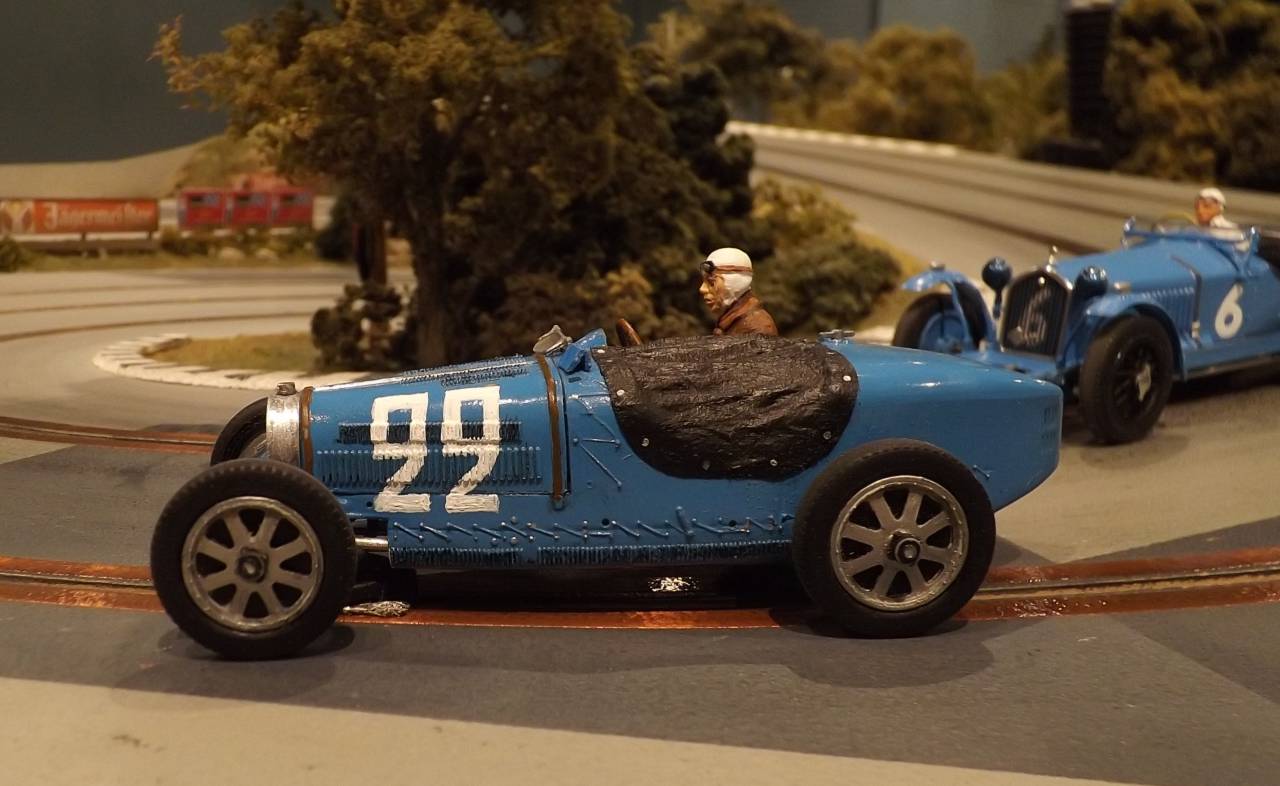 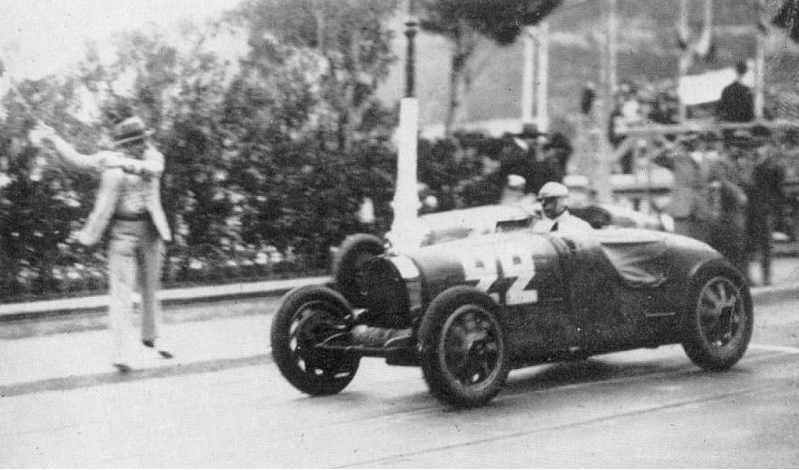 Little known history of these drivers gleaned for the famous tome “An Imaginary History of Motorsport” isbn #*14577118:

Romeo Von Sleven Viscount of Forrestdale?  Little is known of this enigmatic figure. A garagiste who often fielded last minute unnamed cars and drivers in various events. Rumor has it, between races he spent his time flitting between ski slopes in winter and sailing his various yachts in summer. He built his fortune at the Casino d’ Monaco betting nothing but 7’s at the Craps table. This highly frowned upon practice led to his race number. Also used in present day by one Kimi Raikonen. 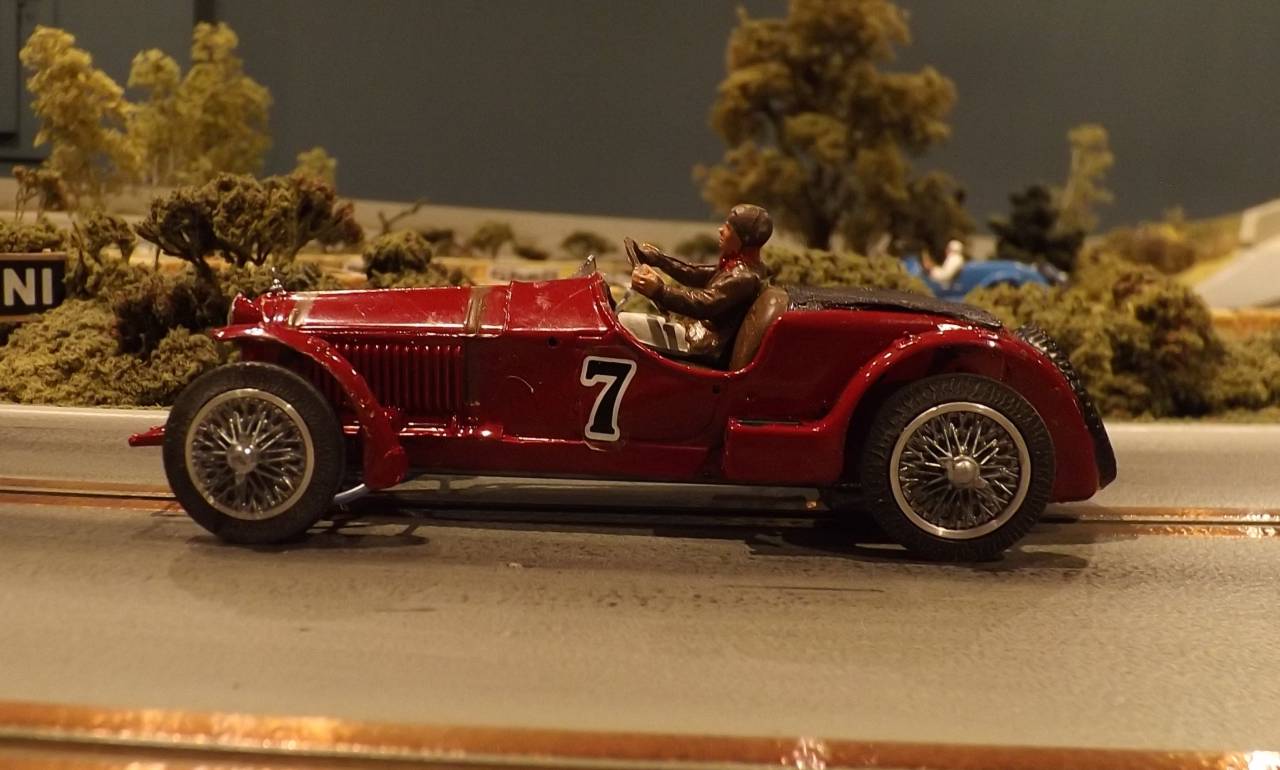 Count Cinqo d’Jimbo would later lose his life in a popular Mexican road race due to a massive head injury after hot peppers used in his fuel tank caused a massive backfire which triggered a nearby burrow to kick and inflict the deadly injury. Glass fiber helmets became de-rigueur not long after the incident but interestingly hot peppers were never banned as a fuel additive. 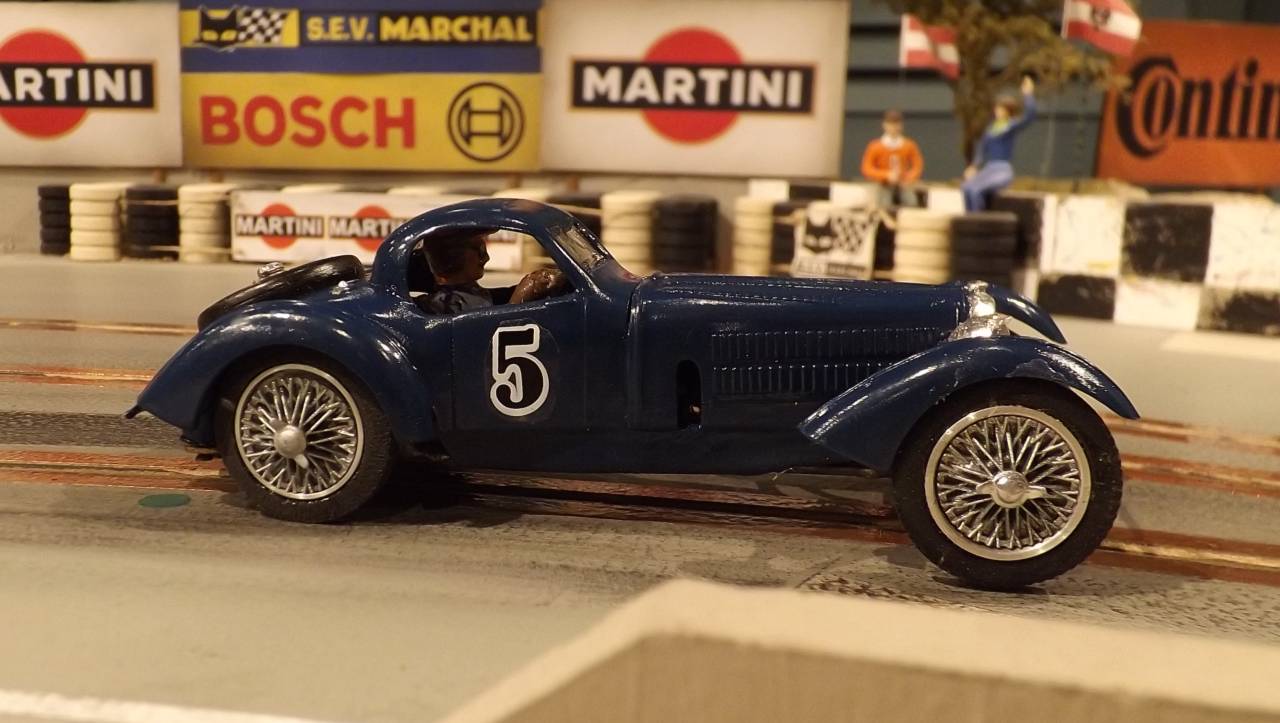 Shamus “Skidmarks” McGee got his nickname not only from the “awesome” horsepower of his mount leaving tire tracks but from the marks left in the breeches of those unfortunate enough to act as co-driver. Thus connecting the two ever after. 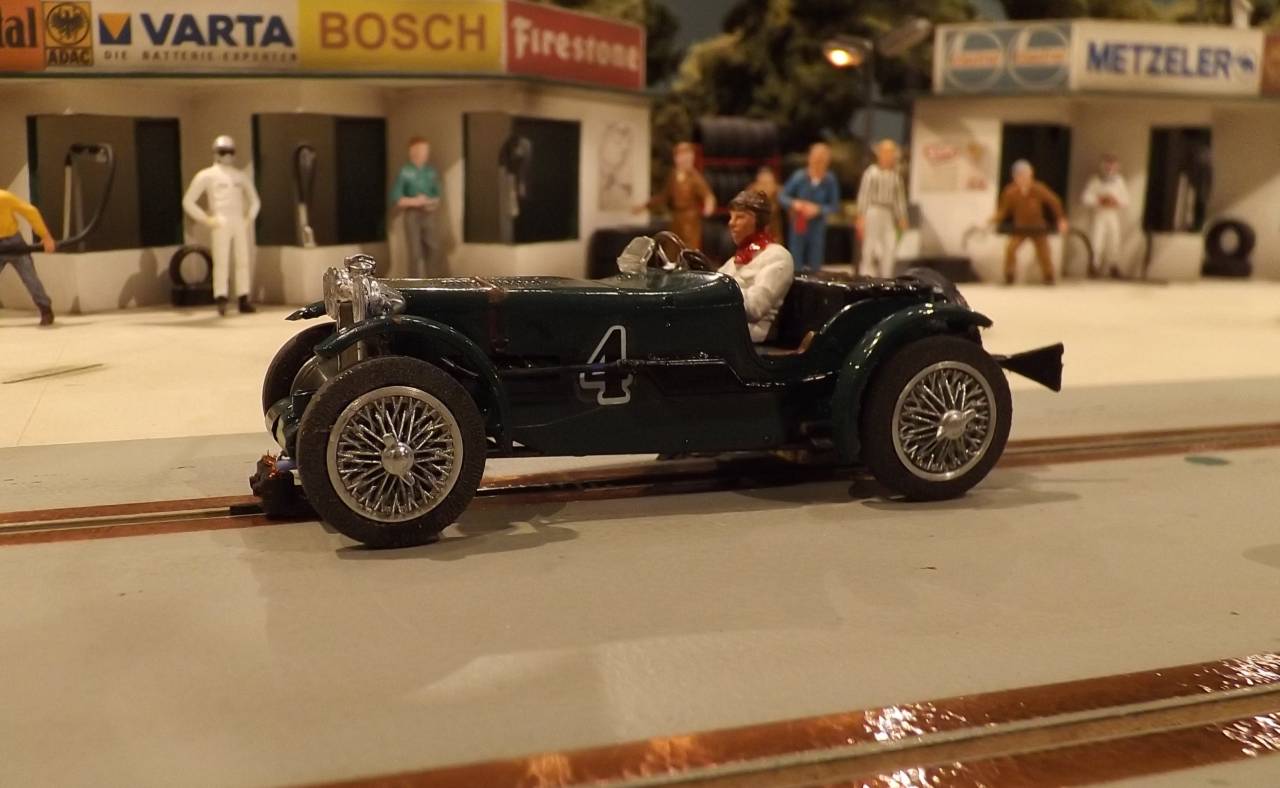 Ettore – The 3rd so named of his lineage, he was gifted his vehicle by his wealthy father after losing a precursor to “Let’s Make a Deal” hosted by one Monte “Carlo” Hall. Ettore picked marquee # 3 and received a donkey. Marquee #1 was later revealed to contain a Bugatti 35B. Marquee #2 a lifetime supply of a certain Frisco treat! Later eaten by said donkey. Ettore’s costume on the day was – you guessed it – a racing driver! 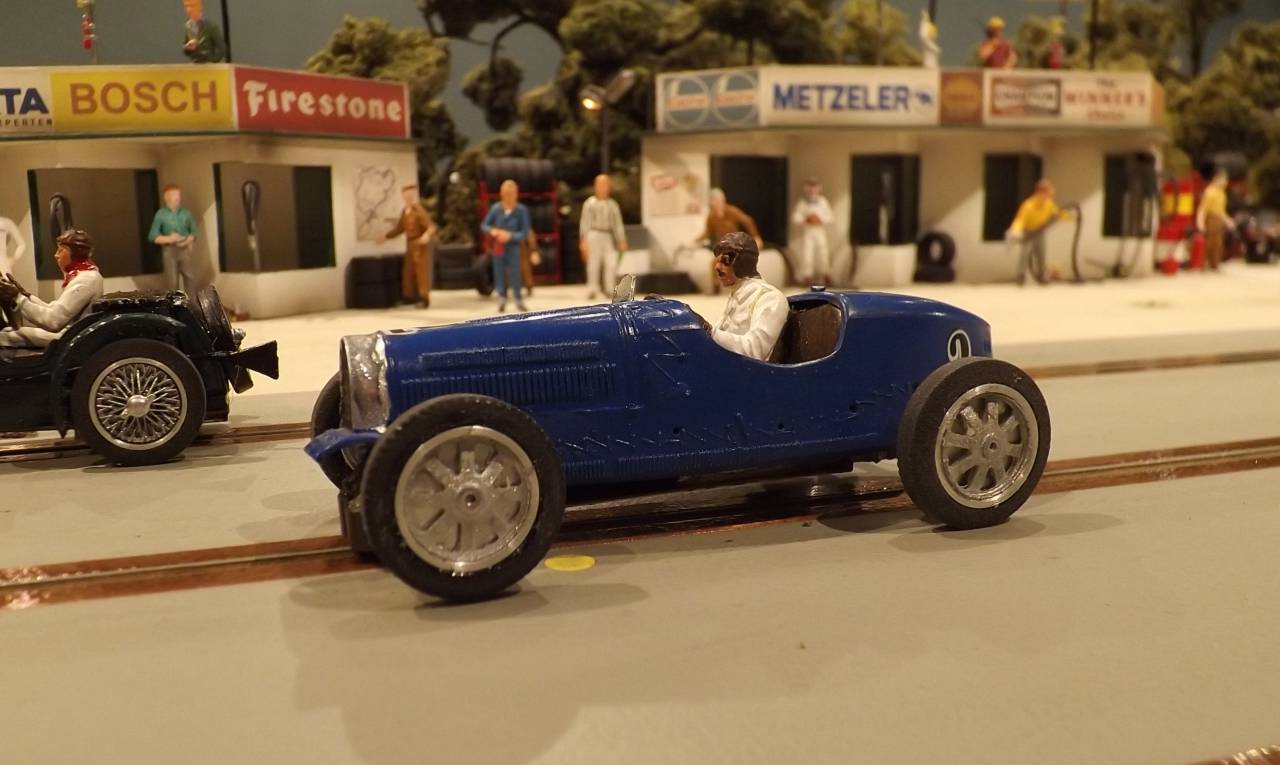 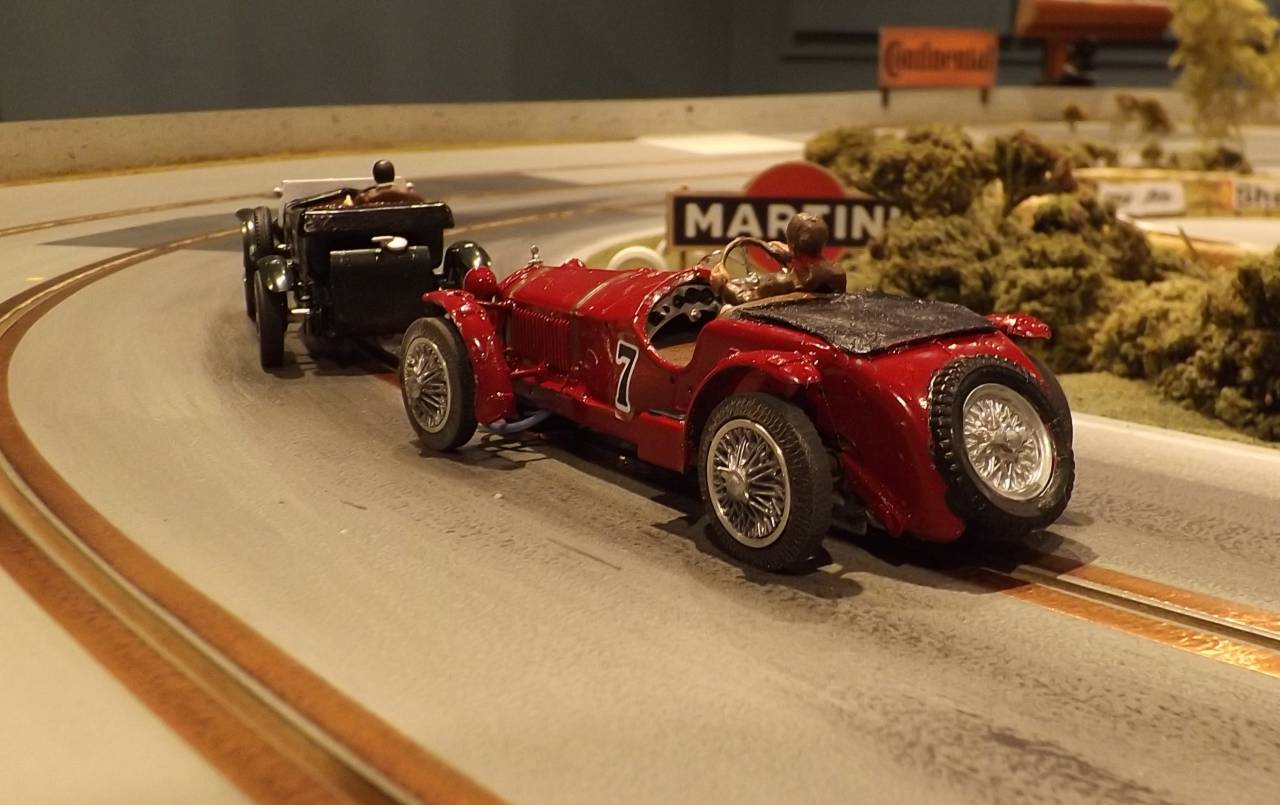 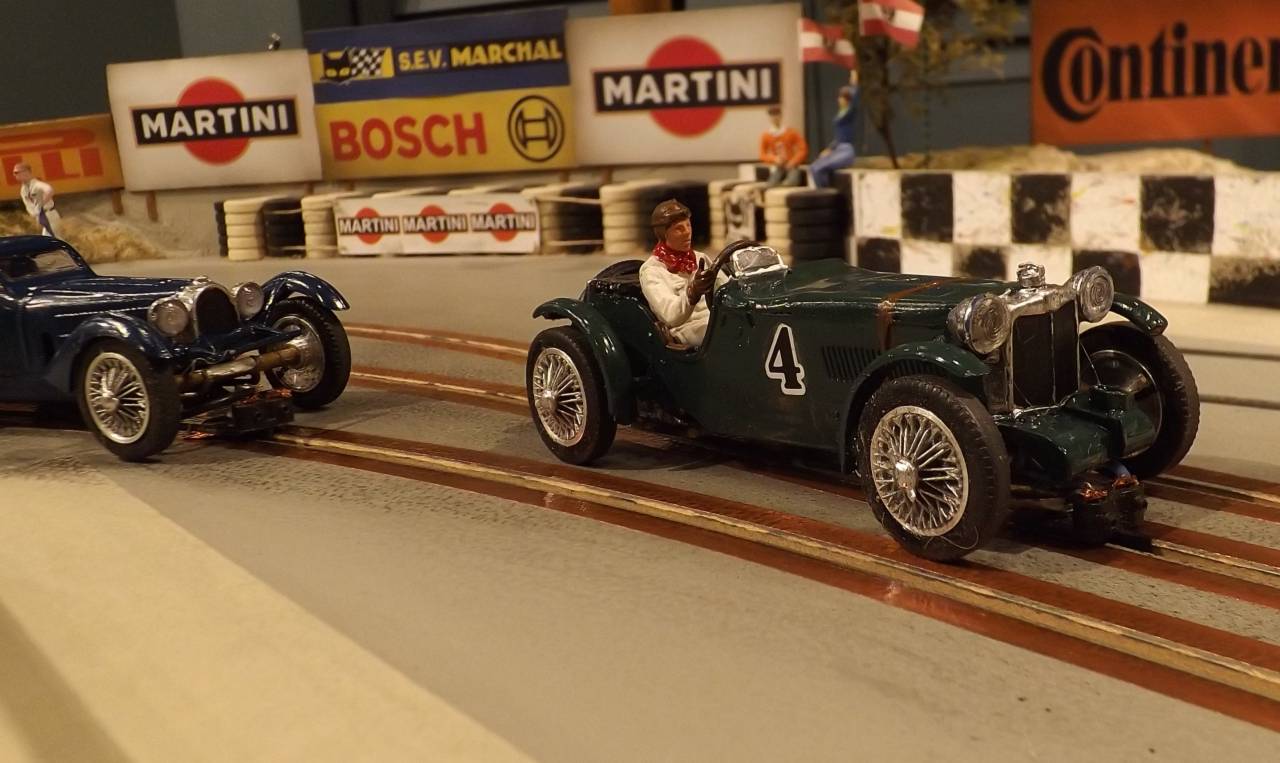 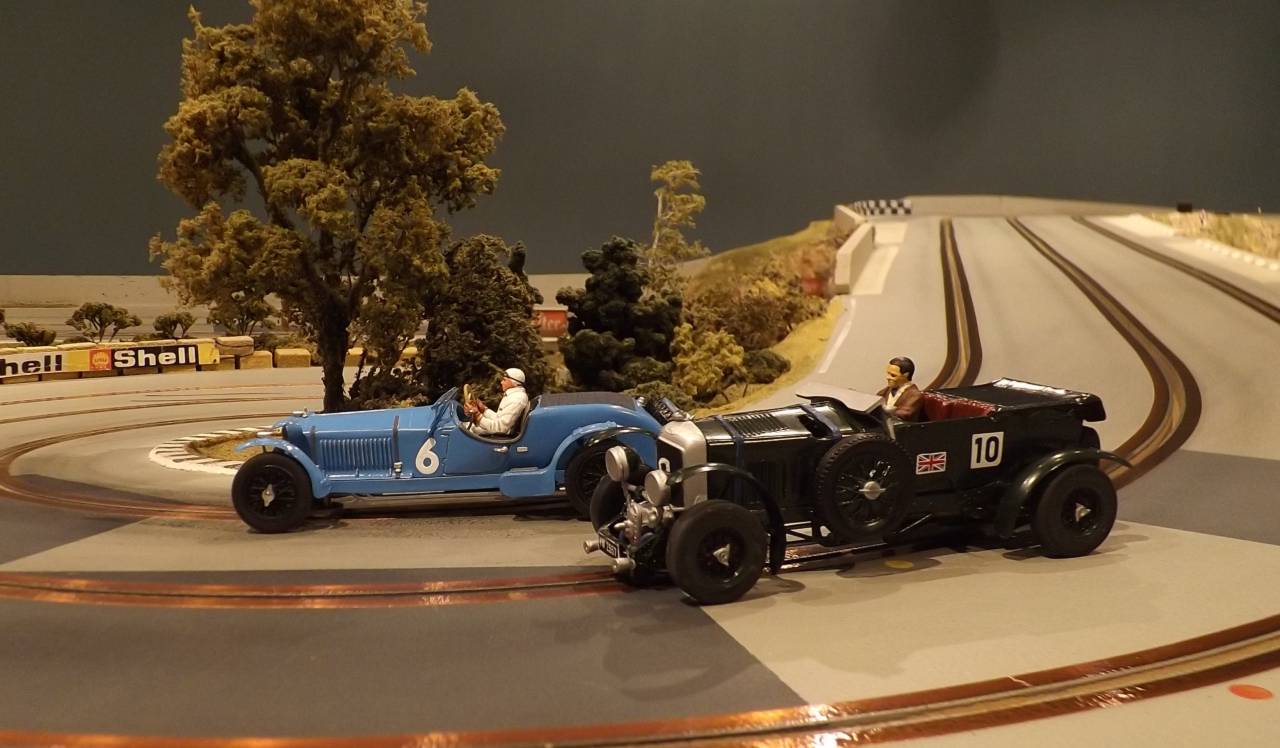 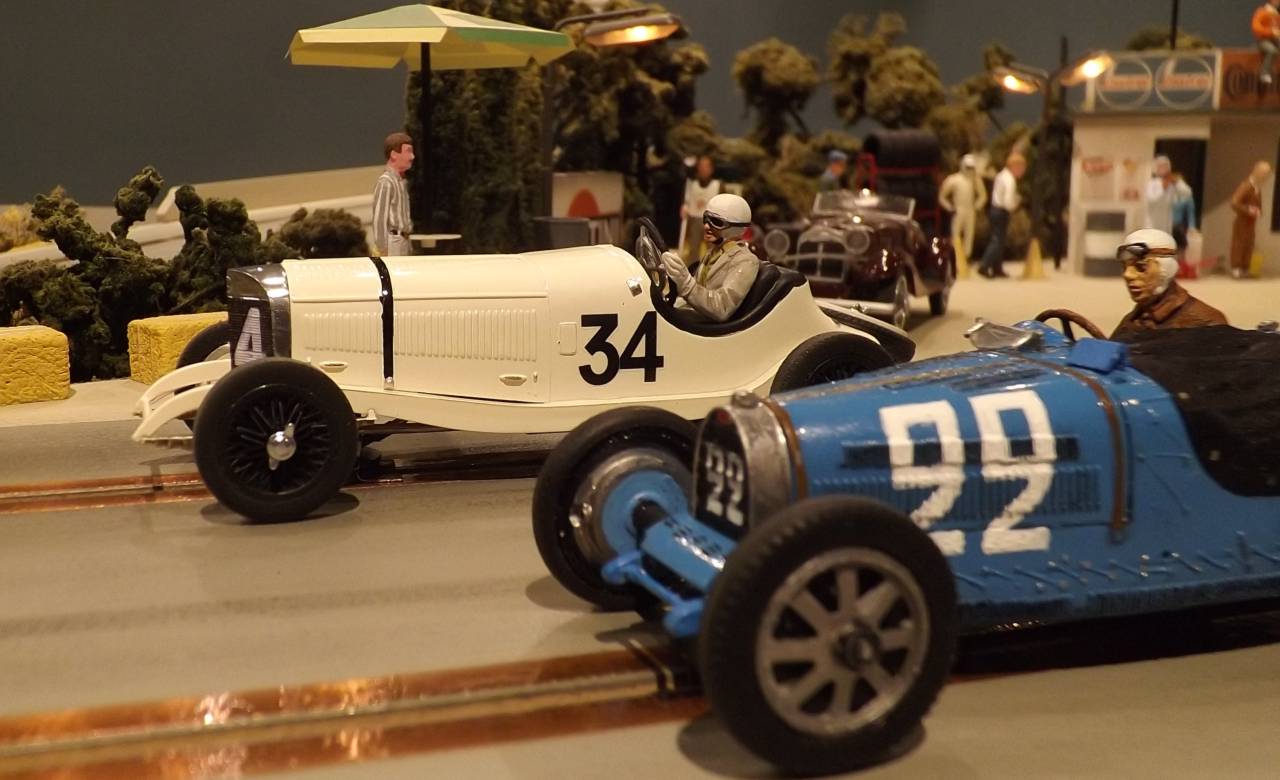 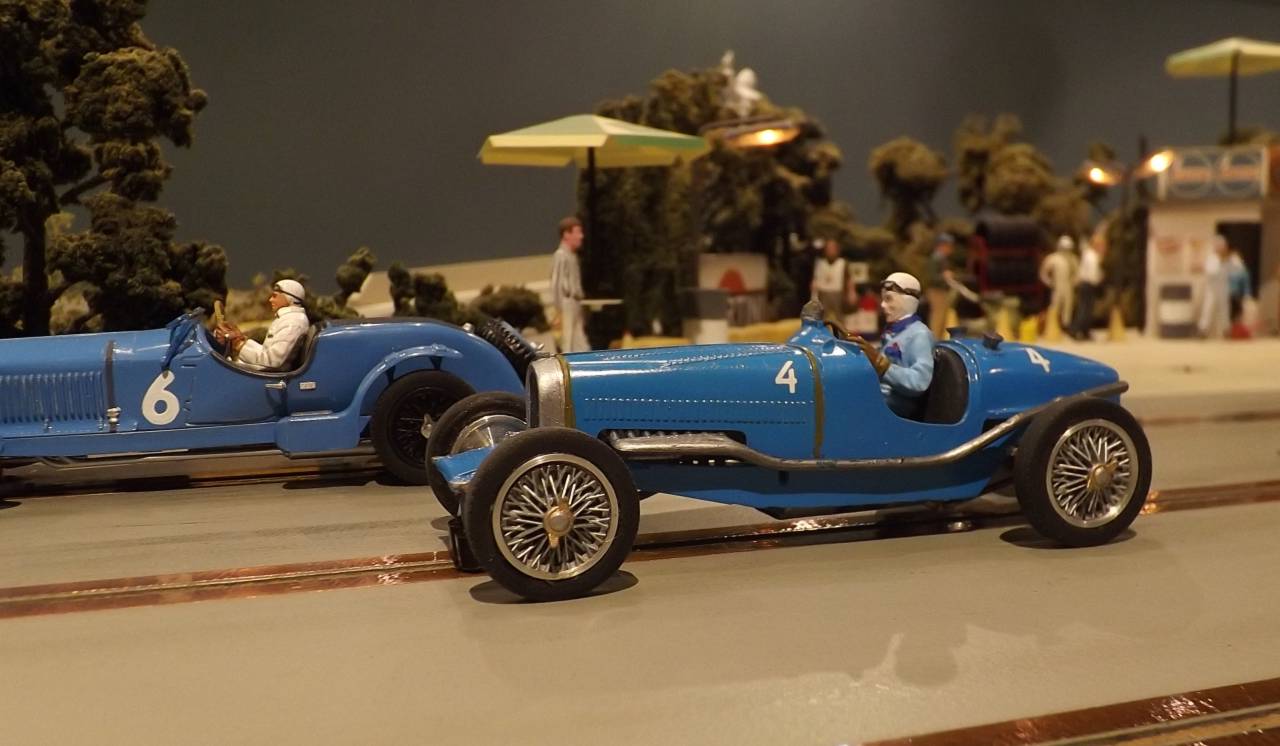 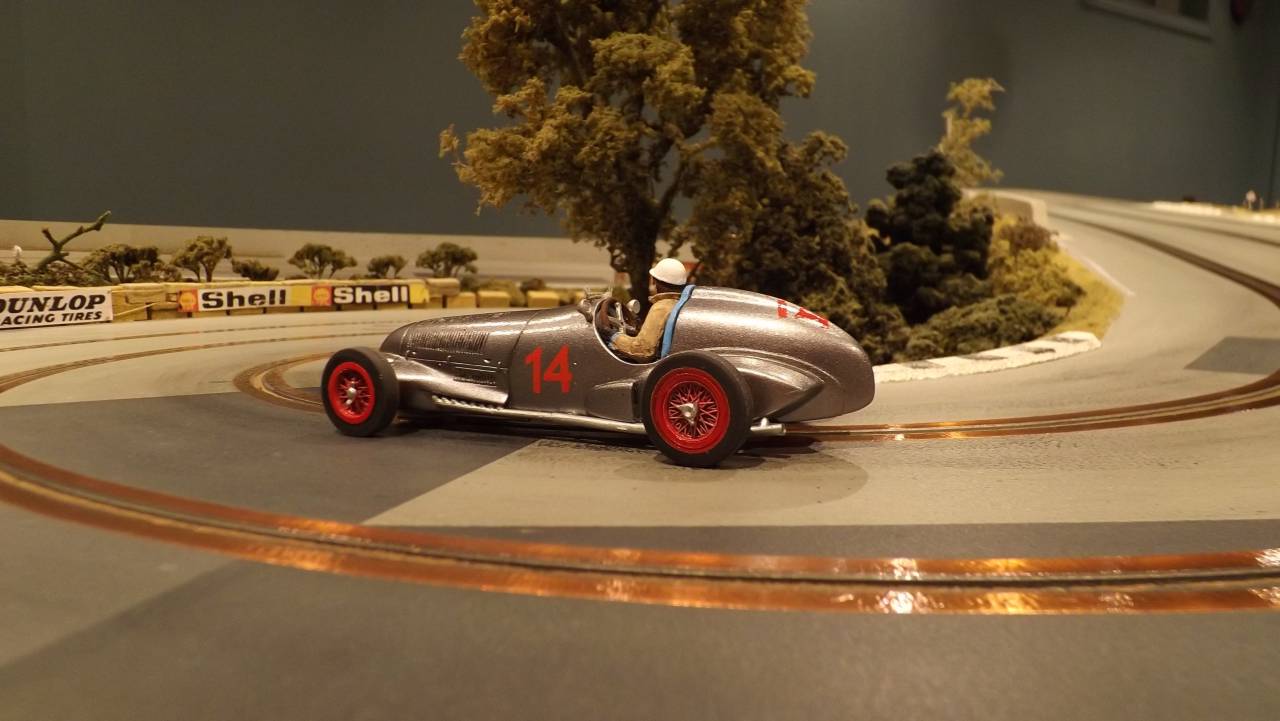 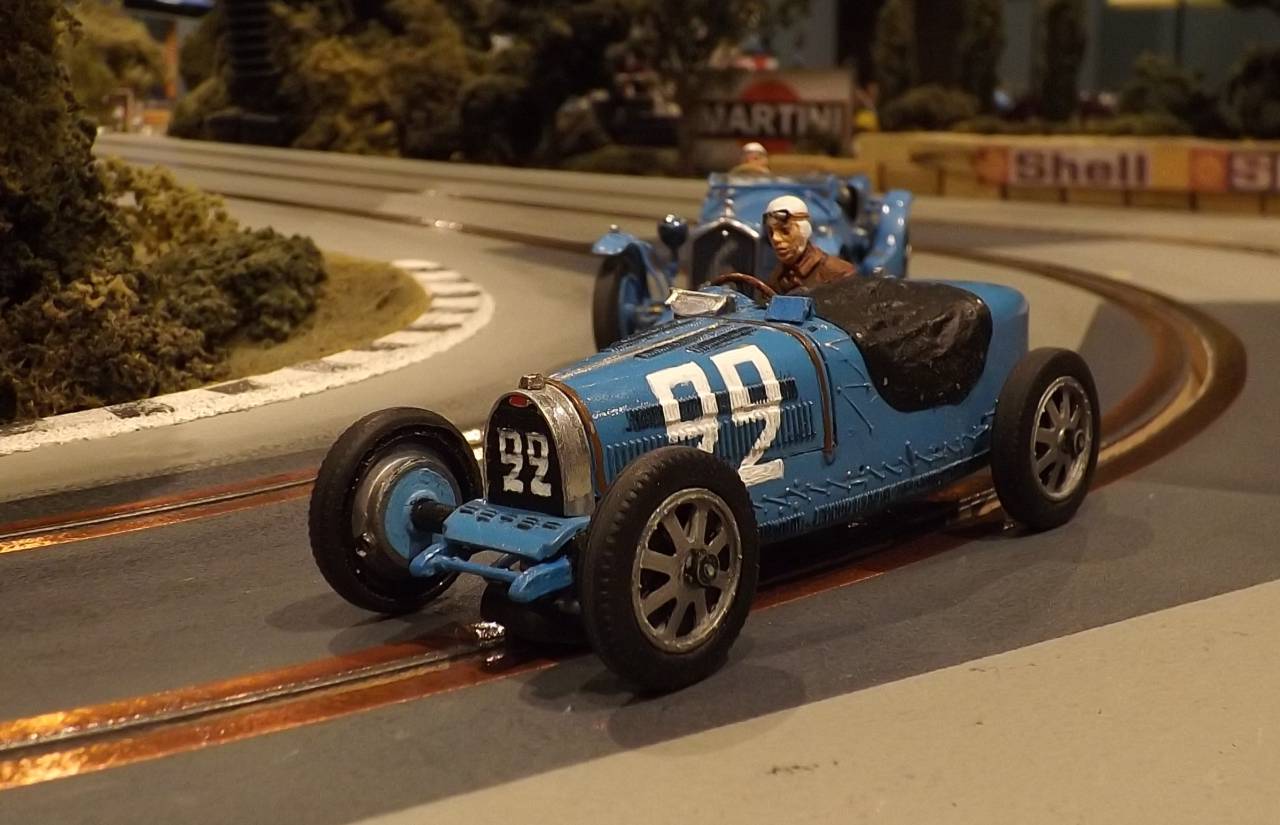 With extra marshals AND 13 entries (majority presented to the grid for the 1st time) it is a no brainer to conclude that the Coppa D’oro was a resounding success… and the efforts made by every builder to get their models ready with such a high level of detail must be applauded… well done to everyone!!!

We now have a wonderful field of models for this class! And they perform so well! Only two penalties for deslots were handed out all night long – less than 12 deslots in total. And from the best of my recollection not a single incident of contact between models – Superb & very gentlemanly racing!